Gestalt Cycle of Experience for Organizations
(With Competing Commitments) 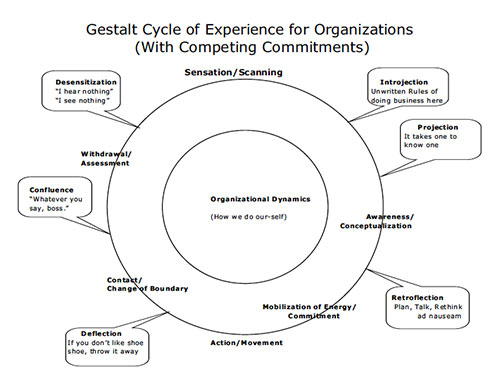 Gestalt is a present centred approach to increase awareness. By increasing awareness regarding a situation, circumstance, problem, or business issue, a person can increase their choices in changing the outcome. We work together to tap into this infinite power by expanding perspective and using gestalt processes, framework and tools.

This street performance art was début at Nuit Blanche, in collaboration with INNERST8. A cultural exploration called “Body is in the eye of the beholder”, Kristina Djokic invited participants to provocatively explore their relationship with themselves through their body. University of Toronto newspaper, The Varisty  featured this work:

A rebel art project materialized at the corner of Bloor and St. George. In a moving performance art piece, brave volunteers stood outside wearing nothing but skin-tight, skin-coloured clothing; onlookers were encouraged to participate by painting negative words or phrases regarding body image onto the volunteers. Kristina Djokic, a Hart House fitness instructor and the creative force behind the piece, envisioned the release of “names they have called themselves in their heads; names they have called others; words they have used to judge and punish the vessels that carry their souls.” To add to the emotionally charged experience, the painters were encouraged to look the human canvasses in the eye as they painted insults onto their bodies. Physically transposing the abuses we use against our friends’, enemies’, and our own bodies onto a stranger threw into sharp relief how cruelly we often treat such a vital part of ourselves.